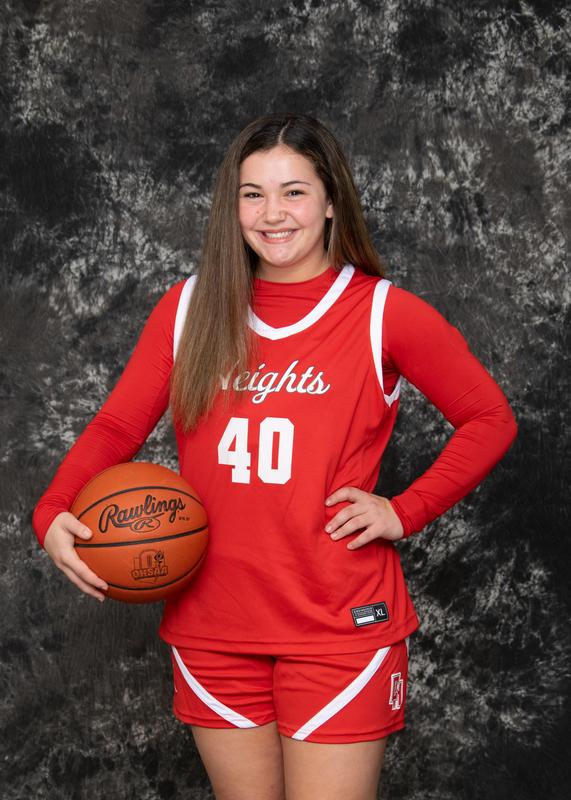 First, Conroy broke Emma Lipkowski’s career record of 146 three-point shots when she made her third three-pointer in a match against Crestwood Local. Then, over winter break, Conroy broke Lisa Davis' 40-year-old record for 34 points scored in a game with a 41-point outburst in the Lady Red Wolves' 68-38 win over Cornerstone Christian. Conroy made an impressive 17 of 25 shots from the field, including five 3-point shots. She was also two for two from the line and had six rebounds and three steals.

Just a few days later, Conroy set another school record. She edged out Heidi Mervar's record of seven 3-point shots made in a game, when she made eight 3 pointers in the Lady Red Wolves' 45-27 victory over Valley Forge High School. Conroy scored 32 points against the Patriots, connecting on 10 of 19 shots from the field and going four for four from the line with 10 rebounds and 4 assists. Earlier in the season, Conroy broke Emma Lipkowski's career record for three-point shots made (146) when she hit her 3rd three-pointer in a game against Crestwood.

“To have broken three records so far this year feels amazing,” said Conroy.  “It is a lot of hard work and hours spent in the gym paying off! I have to give a big thank you to all of my teammates and coaches for helping me because without them none of this would be possible!”

After high school, Conroy will attend the University of Mount Union to continue her academic and athletic careers.