Students Get "Egg-cited" about Science 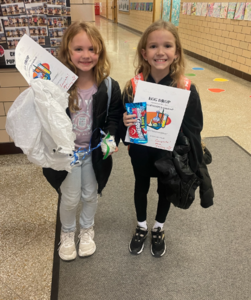 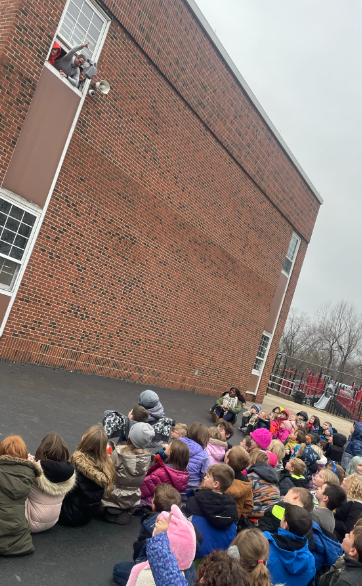 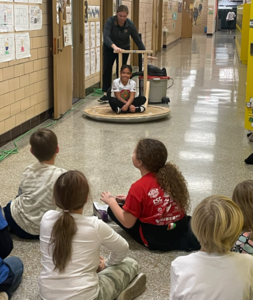 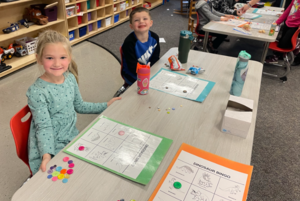 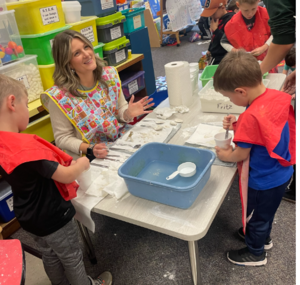 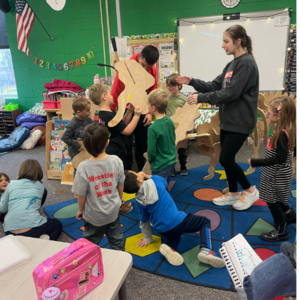 Kindergarten through third-grade students enjoyed making a multitude of scientific discoveries during Science Day on December 8.

The kindergarten students traveled back to prehistoric times and assembled a scale-sized model of a triceratops dinosaur skeleton. They sampled 'prehistoric' punch made with bubbling dry ice, played dino bingo, and built fossils made with plaster, soil, grass seed, and using 3D-printed dinosaur skeletons.

First graders enjoyed the day by learning about things that float and fly.  They tested paper helicopters, and built parachutes out of tissue paper for skydivers.”Each first grader had the chance to stand in an inflated wading pool and have a bubble formed around them,” said science teacher Barb Currey. “The students were actually inside a kid-sized bubble made with glycerine and bubble solution.”

Second and third-grade students mixed simple chemicals to discover the three bi-products of a chemical reaction: temperature change, color change, and the production of something new.  For example, they mixed two liquids to form a gas. They were amazed to learn that 100 packing peanuts could fit into a baby food jar (with the help of a chemical called acetone). Second graders also explored electricity with a Van de Graaf generator.  The exercise allowed them to “shock” a doll and make sparks fly out of their shoes.

As part of their lesson about chemical reactions, third graders created an 'ocean in a bottle', made elephant toothpaste (not for eating!). They also took rides on a hovercraft. The day concluded with the annual Egg Drop, in which the students practiced dropping eggs encased in a housing designed to prevent the egg from breaking.

“We all agreed that science can be ‘eggs-troardinarily’ fun,” said Curry. Assisting her were eight Advanced Placement science students who came from the high school to help the elementary scientists in their discoveries and enjoy lunch with them.