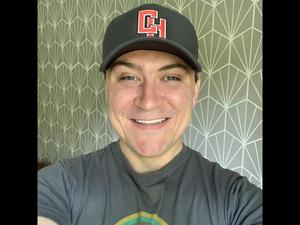 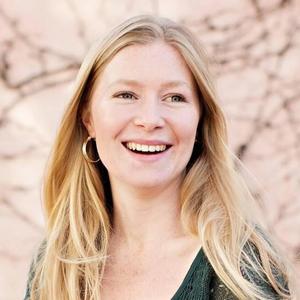 Two new faces will greet music students in grades 6-12 when they resume classes in the fall.

Two new faces will greet music students at Cuyahoga Heights High School (CHHS) and Cuyahoga Heights Middle School (CHMS) when classes resume in the fall. Noah Hamrick has been named Director of Bands, which includes the 6-12, marching, and jazz bands. He will also direct the CHHS and CHMS choirs and the Scarlet Angels performance choir.

Prior to joining Cuyahoga Heights, Mr. Hamrick taught fifth through eighth grade band and orchestra for two years at the National Inventors Hall of Fame School for Science, Technology, Engineering, and Math (STEM) in the Akron Public Schools. He also taught  instrumental, choral, and elementary music for six years at Avon Local Schools.

Mr. Hamrick earned his Bachelor of Music Education at Baldwin Wallace University and his Master of Music Education at Michigan State University. “I am absolutely thrilled to be the next Director of Bands at Cuyahoga Heights High School and Middle School, “ said Hamrick. “I am thankful for the opportunity to lead this incredible community of musicians and I am excited for all of the experiences and memories we will share together.”

Outside of school, Mr. Hamrick enjoys playing trombone and singing in choral groups in the Greater Cleveland and Akron areas. He and his wife have a goal to visit all 50 states and all 62 national parks together. He loves to play soccer, run, and go for long walks with his wife, daughter, and two playful dogs, Finn and Milo.

Mr. Hamrick will host an informal “Meet & Greet” for all band students and families on Thursday, July 7 from 5-7 pm in the CHHS band room. He will also meet with seniors only that same night from 7-8 pm.

Grace Brown has joined the Music Department as the new Orchestra Director (teacher). She also will assist in several ways, especially with students who play woodwind instruments.


Brown grew up in Santa Barbara, California and has played in band and orchestras her entire life. She attended the University of California at Los Angeles (UCLA) where she earned her Bachelor’s Degree in Music Education and California Single Subject Teaching Credential in Music. She taught Instrumental Music in Santa Barbara for a year then moved to Ohio to pursue her Master of Music in Clarinet Performance at The Ohio State University. After graduating, she taught preschool for a year and then became the music teacher and Choir Director at Old Brooklyn Community Elementary School. The following year, she became the music teacher and Band Director at Old Brooklyn Community Middle School. She is also Assistant Director of the Rocky River Community Band.

When not teaching, Mrs. Brown enjoys spending time with her family, playing in musical groups around town, and seeing shows at Playhouse Square. She and her husband, Josh, enjoy going for bike rides, camping, kayaking and playing board games. She is looking forward to meeting and working with the district's wonderful music students.